My adult son/daughter is using drugs. Should I call the police on them?

Home / Editorial / My adult son/daughter is using drugs. Should I call the police on them? 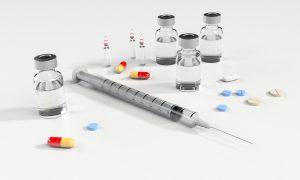 I frequently get calls from parents who have discovered that their children are using illegal drugs. They have attempted to give the child access to treatment but the child refuses to participate or participate meaningfully. At the end of their rope, they are tempted to turn the child in to the police hoping that the child will be scared straight.

My experience is that the criminal justice system has just enough money to cause problems for a person but not enough to actually help them solve anything. The arrested person ends up with a felony conviction, a “case bank” probation, and the “drug package.” In other words “Go get treatment or we’ll put you back in jail.”

I look at treatment like giving a homeless person a hammer, boards, and nails. If the person is very motivated and fairly ingenious, they can probably build a shelter. Most people, however, are not that motivated.

A few counties have taken a more enlightened approach to criminal prosecution. For instance, STOP in Multnomah County will dismiss your possession case if you attend treatment and pass UA’s for a year. They have a high success rate. Again, though, it requires that the person cares that they are looking at a felony conviction, has some self-motivation, and has a legitimate desire to change. Those that don’t end up with the felony conviction and a short jail sentence.

Also, I should point out that jail is preferable to the alternative if that alternative is some sort of serious injury or death. Know, however, that even if the situation is that desperate, the jail can’t and won’t hold them very long and the issue will reassert itself in short order.

Finally, I recommend Al-Anon and Nar-Anon to parents who are looking for a community of like situated parents who support and encourage each other in seeking sobriety for their loved ones.