What do I say to get out of jury duty?

Home / Editorial / What do I say to get out of jury duty? 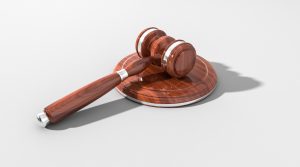 I get this question a couple of times a month. I get why people ask this, I really do. They are busy professionals with kids and mortgages. No one wants to take an unpaid day to do a bunch of sitting around.

The easy answer is that you have to because the law says you do. The real answer is much more complex than that.

First, recognize that the law doesn’t really do anything to you if you elect to just not respond. If a jury pool of 100 is needed, Multnomah County will send out 1000 summons! That’s right. Nine out ten people just don’t respond to the summons and nothing happens to them. Granted, a good portion may be because of bad addresses, deaths, moving, etc. but that still leaves a lot of people that just blew it off.

So, okay. Good for you. You are in a minority who at least takes the summons seriously. Let’s take it to the next level. Do you vote? If you do, it’s because you care about the way your county, state, city, school district, or country is being run. The effect of that one vote? Practically nothing. If you personally had not voted, the result would have been the same. That never differs. Your vote always mathematically means nothing.

Now think about jury duty. Did you think it was outrageous when somebody got millions from McDonalds for spilling hot coffee? Do you think it’s ridiculous that people are being charged with DUII in this state when they are two points below the legal limit? Do you think medical insurance rates are too high? Do you think that big corporations should be held accountable when they know in advance that a certain number of people are going to die because of their product? In short, do you have any opinion about justice or social issues at all?

If you do, jury duty is your most direct route to having your opinion matter. Your vote makes a difference. It has a direct impact on the way things are done. Truly a juror makes more impact on his/her community in one day than he/she will in a lifetime of voting. Now take it the final step. You’re smart, well educated, socially conscious.

Fortunately, there are still some people who don’t equate “duty” with “legal obligation.” They recognize that to have a just society, they have to be an active participant. Be one of those people. It’s just a couple days out of your life. Yeah you spend a lot of time waiting. Bring a lap top, get some work done. Your community needs you.